Summer is here, so you know what that means – SMOOTHIE SEASON!

Welcome back to my series where I test out different kitchen appliances so you don’t have to. I bought 4 of the top-selling best blenders at different price points on Amazon to find out which is the best one.

I tested them by making an identical smoothie recipe with frozen fruit, vegetables and chia seeds to compare which one is the most effective at blending the ingredients, and most importantly, which of the best blenders on Amazon makes the BEST smoothies.

Who doesn’t love an ice cold smoothie on a hot summer day?

I also looked at functions, ease of use, ease of cleaning, aesthetics (looks, sound, counter space real estate, capacity), amount of time it takes to blend, and of course, price.

The smoothie recipe I used contained frozen pineapples and mangos, which usually come in larger chunks making them harder to blend than frozen berries. I also used spinach, kale and chia seeds, which are common ingredients in green smoothies and can be difficult to blend fully. For liquids, I just used orange juice to keep it simple.

I wanted to find the best overall Blender for the best value.

If you are looking for a new blender for your home, don’t worry – I got you!

The first blender I tested was the super popular Ninja NJ601AMZ blender. It has over 39,000 reviews on Amazon and a 4.7 star average rating.

This blender was definitely on the larger side, with a 72 oz pitcher. It packs 1000 watts of power that can effectively take advantage of blending large batches for your entire family.

Ninja claims to specialize in delivering unbeatable power with blades that pulverize and crush ice, frozen fruits and vegetables in seconds.

I found this to be true in my testing as it was VERY powerful and crushed through the frozen fruits super fast and with ease. It finished blending the smoothie completely in 39 seconds!

While I was initially impressed, after drinking the smoothie I realized that because the blades are so large, it’s hard for this blender to effectively blend fine ingredients such as the chia seeds. The chia seeds were mostly untouched and there were chunks of kale still in the smoothie.

The blender itself doesn’t have any pre-set functions or programs. It just has a simple layout of 1-2-3 buttons that control your power level. I really liked its anti-leak lid on the pitcher, you lift up on the handle to unlock it and press down to lock it, ensuring that your blender never explodes all over your kitchen during use.

The Ninja blender was easy to clean and the pitcher is also dishwasher safe for your convenience.

However, be mindful that the blade comes loose (most likely for cleaning purposes as the blades are large). This can make it can be hard to stuff the ingredients down to the bottom of the blender. I also cut my hand when the blades fell out the first time I was examining the blender so be careful!

The smoothie was probably the most grainy out of all the ones we tested but it makes sense considering how large the blades are.

It’s a trade-off because of how effective it is at chopping up the rest of the ingredients efficiently and without struggle.

The blender costs $99 USD and also comes with a 10-recipe inspiration guide if you need some new drink recipes!

The Ninja did a decent job, but does it deserve the title as one of the BEST BLENDERS on Amazon?

Read on to find out!

buy the ninja blender on amazon

The second blender I tested was the Hamilton Beach 58148A Blender, with over 34,000 reviews and a 4.4 star average on Amazon.

My first impression was that this is definitely a cheaper blender.

The materials and weight of this blender didn’t feel as upscale and you could tell the quality wasn’t on par with the other blenders I tested.

Hamilton Beach boasts 12 blending functions with an easy to use 5 button layout. It’s definitely very easy to use and does have versatility in its functions. Unfortunately, its execution just wasn’t there.

This blender really struggled to blend the smoothie, clocking in at 2 minutes and 34 seconds (2 minutes longer than any other blender on this list) to fully blend the ingredients. It took a very long time for the frozen fruits at the bottom to start getting slowly crushed and it even had a hard time with the spinach and kale.

The blender was making a very loud (and concerning) grinding noise while operating and it sounded like it was going to break down or explode!

Every time you stopped the blender it sounded like gears were grinding against each other… it just didn’t sound right.

The smoothie was just ok. There were still small chunks of kale leaves and the chia seeds were not fully blended up. Considering it took over 2 minutes to get to this point, it was definitely disappointing.

The lid is also hard to remove once you push it down. Normally a tightly sealed lid is a good thing on blender. However, it has this odd opening in the middle of the lid (that isn’t the pouring spout) that needs to be pushed down and isn’t very secure. The rest of the lid feels like it’s been super glued to the pitcher and I needed Dom to help me remove it!

The best part about the Hamilton Beach blender is that it’s easy to clean. There’s a pre-set “Easy Clean” function and the pitcher is also dishwasher safe.

It is also user-friendly and can be a decent first blender for someone who doesn’t need any fancy features and just wants something that gets the job done, even if it is on the slower side.

Yes, this blender is affordable at just $39.99 USD. However, there is another blender on this list at the exact same price point that is light years better!

Next up was the revolutionary Magic Bullet Blender. I have to say – the Magic Bullet really is SO convenient. It may be tiny compared to the other blends, but its power puts the larger blenders to shame. With over 77,000 reviews with a 4.5 star rating, there’s no surprise that this is one of the best blenders on Amazon!

The Magic Bullet is SO simple and easy to use – just press down and blend!

It is super affordable (basically the cheapest blender on this list) and is small and compact, saving you TONS of counter space. This also makes it travel friendly, as the smaller form factor and the included To-Go Lid makes it easy to bring anywhere.

There are plenty of attachments and cup sizes for whatever you are making. It comes with a recipe book included with accurate measurements that reflect the Magic Bullet’s size so you get the perfect drink every time.

The Magic Bullet actually performed excellently during testing. I was able to pack almost the same amount of ingredients into its small capacity. It still blended the smoothie within 25 seconds with ease.

It was also the easiest to clean because it’s so small and lightweight. I just rinsed it, filled it with a bit of water and a drop of dish soap, put it back on the blender for 15 seconds, and rinsed it out again – voila! Squeaky clean again.

While some may see the Magic Bullet as one-dimensional, it’s actually still capable of making other recipes such as salsa, guac, soup, sorbet, pesto, and hummus.

It’s perfect for one or two people and I highly suggest it if you’re mostly going to be making smoothies with your blender.

This blender may be small, but it packs a serious punch and is definitely my new go-to for post-workout smoothies!

And last but certainly not least, the Vitamix A3500 from their Ascent Series. This is by far the priciest blender on this list of best blenders, but for good reason.

If you like pre-set programs, then this blender is perfect. It has 5 program settings that are extremely easy to use. Just press the button and you can walk away knowing your blender is going to produce consistent results every time.

Everything is sleek and super user-friendly, as a high-end blender should be.

The Vitamix smoothie pre-set had a timer of 1:30 but easily finished blending the smoothie in 32 seconds. It automatically adjusts the speed to ensure that the frozen fruits and vegetables were chopped up first. Then it shifts to a higher speed for proper blending.

The Vitamix did the best job blending the chia seeds, the smoothie was very smooth and there were no kale chunks or graininess of the seeds. There was still time left on its smoothie cycle so you can let it run its course for an even SMOOTHER drink.

I loved how easy this was to clean for its size, and the auto-off feature is super convenient.

This blender is perfect for making soy milk, almond milk, or anything else that may be harder to blend and can be on the grainier side with a regular blender.

This blender is $650 USD, which might not make sense for many people to be spending that much on a blender. However, it can be considered a long term investment.

This is an extremely high quality appliance that can last in your kitchen for years and is by far the most versatile. You can really taste the difference in quality from the recipes that this blender produces.

Vitamix’s warranty is also really good, running for 7 years from the purchase date. So if you’re willing to shell out the cash, I say go for it!

Despite its hefty price tag, I’d definitely consider this one of the BEST BLENDERS out there!

buy the vitamix blender on amazon

And there you have it! I tested 4 of the best blenders on Amazon so you don’t have to.

There wasn’t a clear-cut winner for me this time, as both the Magic Bullet and Vitamix surpassed expectations…

But I would personally give the slight edge to the Magic Bullet just because of how much more convenient it is and its significantly lower price point.

Which blender do you have at home and what do you love most about it?

Let me know which kitchen appliance I should test and review next in the comments below!

Some of the links are affiliated; however, these are products that I would recommend to all my family and friends regardless if I make a small cut of the commission at no cost to you as a consumer. Let me know if there are any other kitchen appliances you want me to try!

Check out some of my recent posts here: 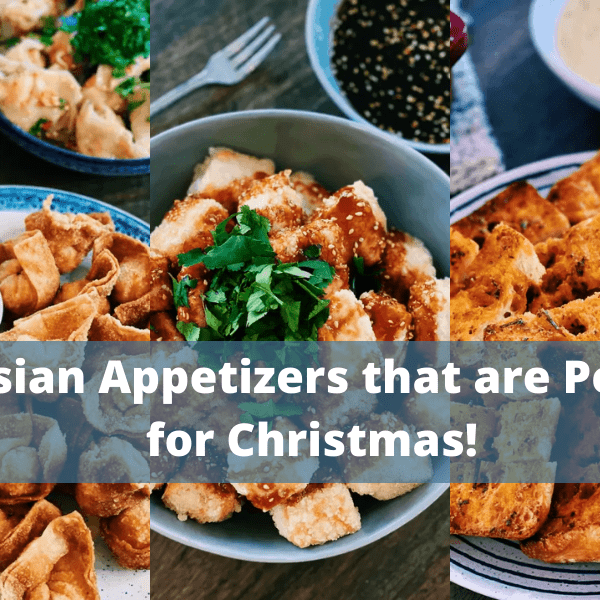 11 Asian Appetizers that are Perfect for Christmas! 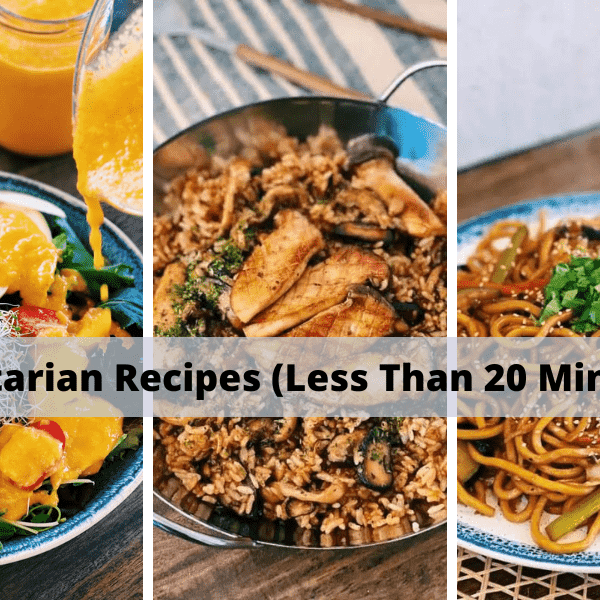 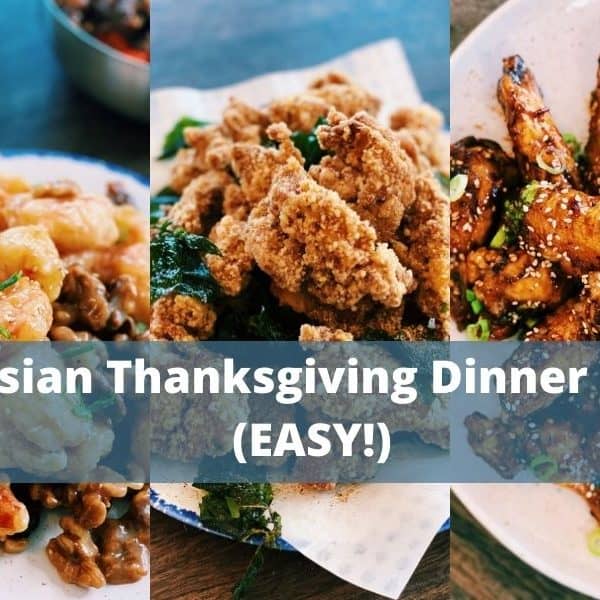 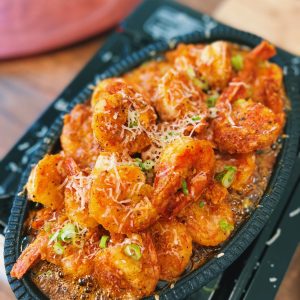 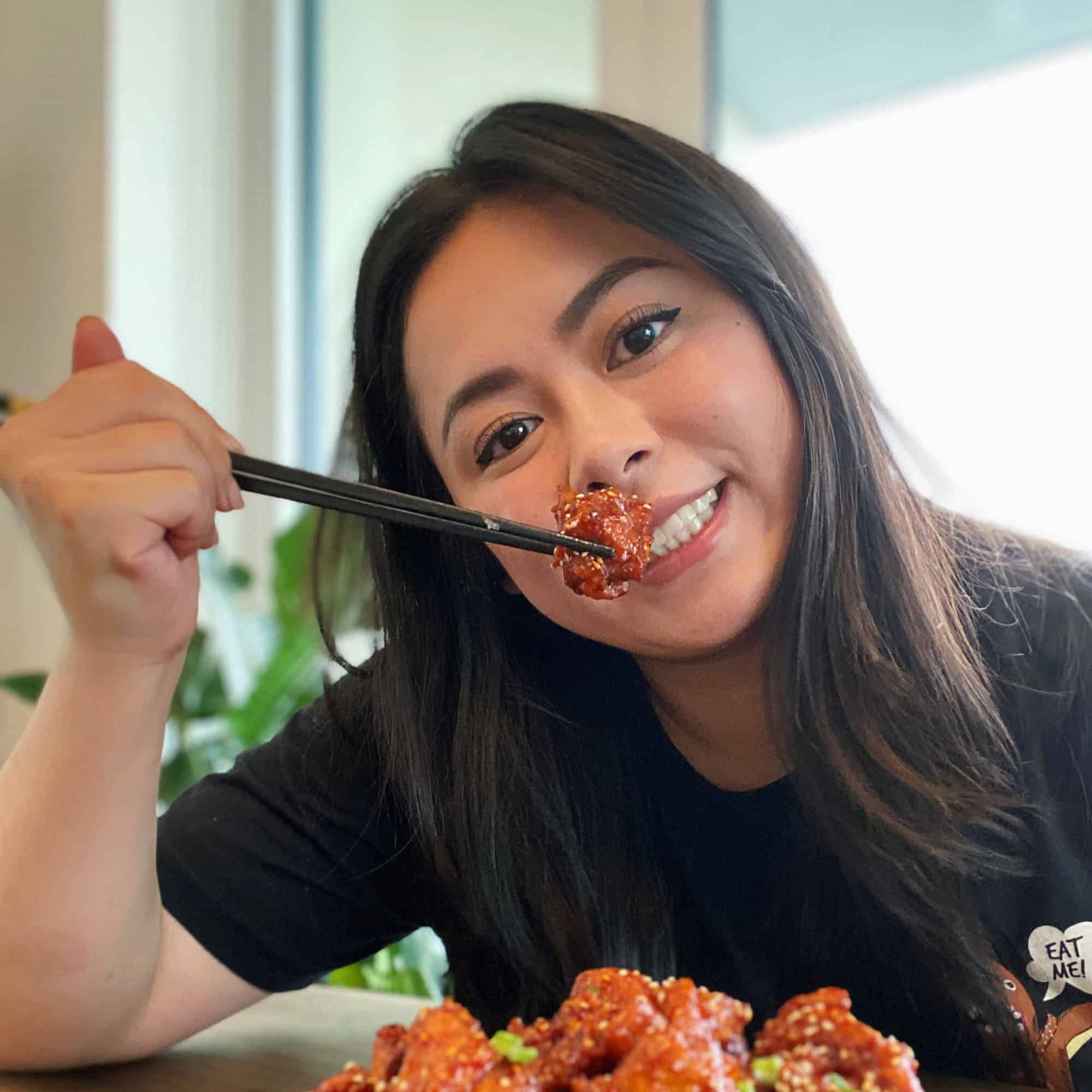 Hi! I am Tiffy and I am a HUGE foodie. I love to cook, I love to eat, and I love sharing what I love with the world.
I was born in Taiwan, a country with some of the best street food in the world. When I think back to my childhood, I remember all the fantastic restaurants my dad brought me to when I was young. You see, my family is also huge foodies; we use to wander around night markets every weekend, skip the last period in class to try out new restaurants, and every summer, we would travel around Taiwan exploring all the new “must try” dishes around the country. 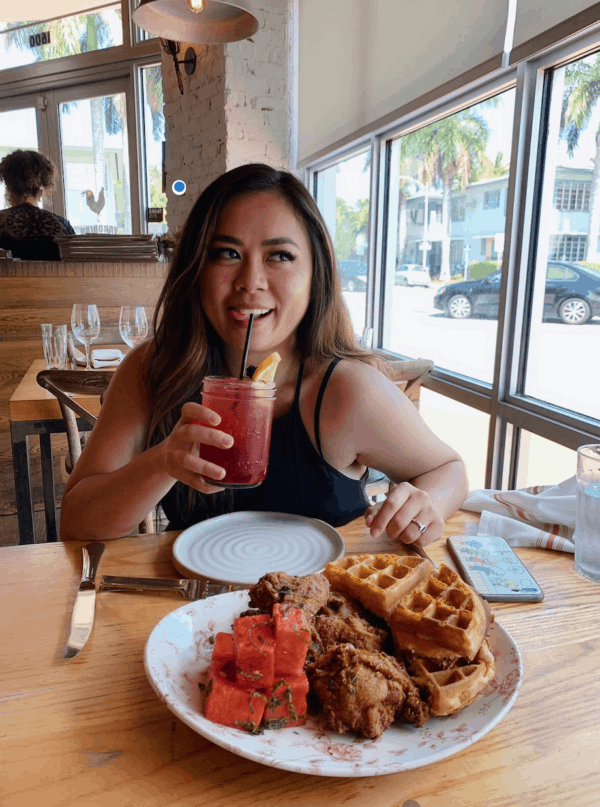 Hi! I am Tiffy and I am a HUGE foodie. I love to cook, I love to eat, and I love sharing what I love with the world.

If you want an easy and mouthwatering dinner, try

The more dumplings you eat, the more money you mak